Increasing awareness among the local community about presence of different culture and nationalities in Silesia. Connecting foreigners among them and helping them to integrate in the country. Sending the message that sharing is caring and a common passion for sport, like football for example, can put together people independently from nationality, religion, age, gender, sex orientation, etc.

GE4 Silesia’s main project over the last few years has been the Katowice Internationals World Cup. The project’s idea grew naturally from the healthy international football community in Silesia. Astounded by the number of different nationalities represented at his training sessions, Marco Cillepi found that football was an incredibly powerful tool for the integration of foreigners into the local community. In cooperation with his friends and cofounders, Greg Kandziora and Abadi Murshid, the first edition of the Katowice Internationals World Cup was launched in May 2018.

What is the World Cup Project?

This is a unique 6-man mini-football tournament that aims to foster inter-cultural dialogue and mutual understanding through SPORT, raising awareness about diversity and promote social inclusion. The project includes around 20 different nationalities of players living in Poland. While many foreigners came alone and struggled to find support, connections and share common passions. The event is a way to promote multicultural integration and diversity, increasing awareness of the local community about the co-existence with citizens from different countries, and some of them coming from very complicated situations.

What are the main values our project added to the society ?

1) Increase awareness though videos and interviews to foreigners, participants and followers.
2) Using SPORT as a tool for peace and development.
3) Organizing small events where each community present their enthusiasm,

What are the overall objectives of our project?

Increase awareness among the local community about presence of different culture and nationalities in Silesia. Connect foreigners among them and help them to integrate in the country. Send the message that sharing is caring and a common passion for sport, like football for example, can put together people independently from nationality, religion, age, gender, sex orientation, etc.

“We have had the chance to meet a lot of foreigners and locals that are coming from different backgrounds,”
“We celebrate diversity and social inclusion together with the local and international community.”
The Katowice Internationals World Cup has proved to be an excellent opportunity for members of the Silesian community to build relationships, strengthen their knowledge of different cultures, and celebrate the values of sport and multicultural integration.

OUR PARTNERS IN THIS PROJECT

Save the Dream has been conceived by the International Centre for Sport Security, in partnership with the Qatar Olympic Committee and Ooredoo, technology partner, to promote and protect the core values of sport for young people at a global level. 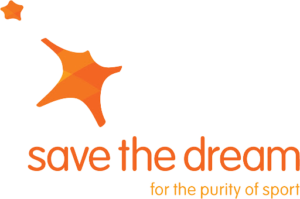