"A Ball Can Change The World!"

Katowice Internationals World Cup came back again this year for its III Edition under the slogan“A Ball Can Change The World”, taking place the days 2-3 of October 2021 in the pitch next to Stadium Śląski Chorzów. This event aims to promote social inclusion and diversity through sport and multicultural interaction in Silesia and Poland. Those are the values of our Foundation in the everyday life working, and that is what we put it practice in this two days.

The whole draw of the tournament was composed by 20 different national teams from Europe, South America, Africa and Asia. Every team was composed by internationals living not only in Katowice and Silesia, but also in some cities like Kraków or Gdánsk. There is only a strong requirement which is being born in the country you are playing for, so we have a true and respectful competition.

The first day started with a parade of the 20 national teams to present themselves to the supporters. The pitch was divided in 4 different pitches where all the matches were being played at the same time, to make the show more exciting. Soon enough we could see some teams already becoming favourites for the Cup after some astonishing matches. 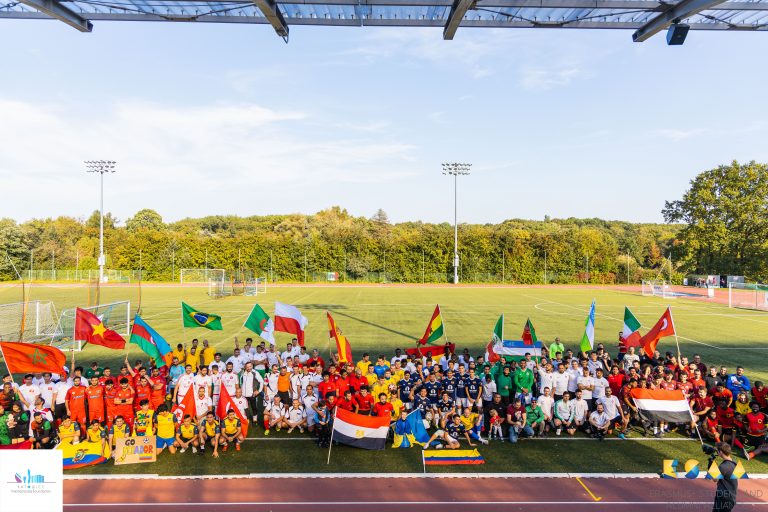 In the first group, Ukraine and Angola got the top positions. The second group was dominated by Uzbekistan and Brasil and the third group’s top teams were Egypt and  Yemen. Finally, in the last group, Portugal and Morocco, after some very exciting matches, passed to the following round. The next day, the official matches for the quarter finals were Ukraine vs Egypt, Colombia vs Portugal , Angola vs Yemen and Brasil vs Morocco. There was a huge expectation for these games as these were some of the best teams that had already faced each other on the pitch. 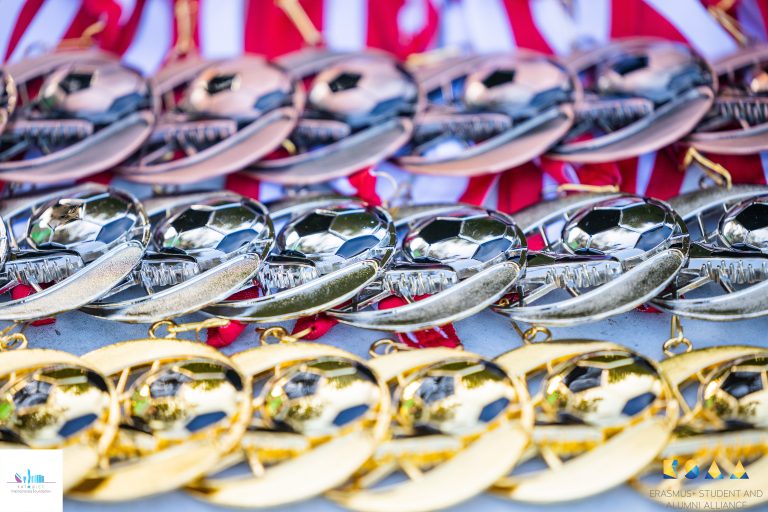 And in the end the big final for this Edition: Portugal vs Egypt . Two different playing styles and cultures claiming to be the best teams of the competition. It was the last match of the competition, and the stands got crowded to watch the exciting game coming up. We could listen to the anthems of the countries before the beginning, and there was a great atmosphere among all the supporters, making this event an amazing party for all people. Football here is secondary, the most important was the communion existing among all players and all people, and that is the victory of all of us. But we enjoyed an intense and fast paced match. Egypt started strong and took the lead, scoring first. Portugal though, stayed focused and played as a team like they were doing during the whole competition. Both teams put on a great show, but eventually Egypt held the lead and raised the cup as champions of the Katowice Internationals World Cup 2020. For more information and pictures, visit our Facebook page! 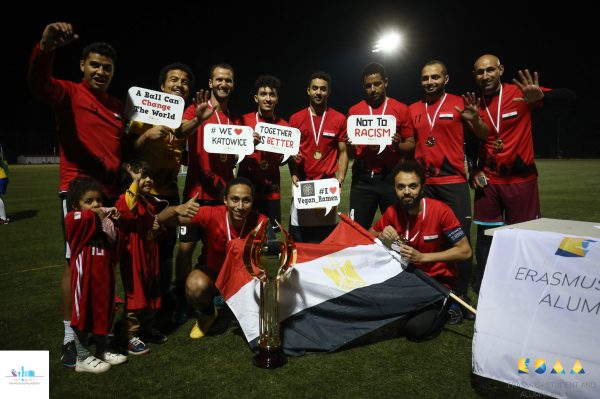