Katowice Internationals World Cup, the biggest football event of the year in Katowice, has come back again this year for the IV Edition.  It took place on 28 and 29 of May 2022 in the pitch next to Stadium Śląski (Chorzów). The event has aimed to promote social inclusion and diversity through sport and multicultural interaction in Silesia and Poland. The World Cup is the main project of Katowice Internationals Foundation that started to organise this tournament in May 2018 by Marco Cillepi, the founder of the Foundation, and his friends and cofounders Greg Kandziora and Abadi Murshid.

This year, the whole draw of the tournament has been composed by 20 different national teams from Europe, South America, Africa and Asia and divided in 4 groups. Every team had to be composed by players of the same nationality with the possibility to have a foreigner in the shortlist . 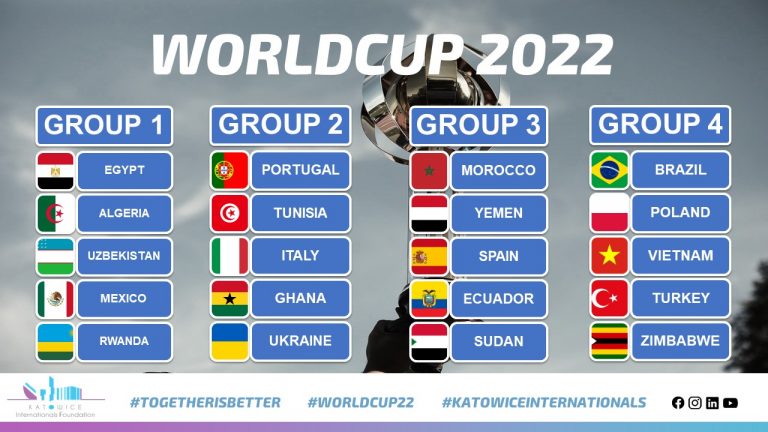 The first day started with the parade, at 14.30, of the national teams to present themselves to their supporters.
20 beautiful pics that represent the essence of each team.

The football area has been divided in 4 different pitches where all the matches has played at the same time to make the show more exciting.
As the pictures show, all the matches that played the first day. 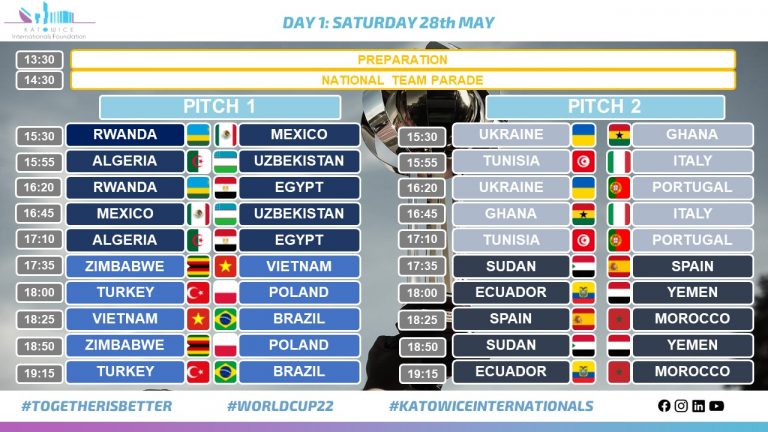 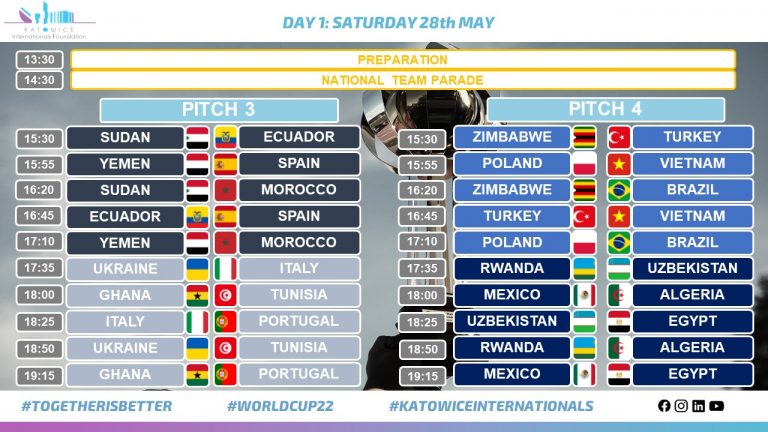 At the end of the first day we find out all the teams that won each group and all those teams that pass to the next phase of the tournament.

Sunday, the second and last day of the tournament, sees the teams face each other in head-to-head matches up to the final. This year has been decided to let all the teams play even the second day, dividing them in upper part (first teams of each group) and lower part (last teams of each groups) in order to have a winner between the “winners” and the “losers” of the first day.
At the end of the day, in the upper part of the tournament, the final match took place between Ukraine and Algeria among all the supporters making this event an amazing show for the people. Before the match we could have listened to the national anthems, a very special moment for both teams and the crowd, especially in this sad and suffering period of war. The Ukrainian team  arrived in the second place in 2019 but this year finally has been able to raise the cup after winning against Egypt (1-0), Yemen (3-1), Portugal (2-1), and in the final match against Algeria (4-0), won the tournament!! 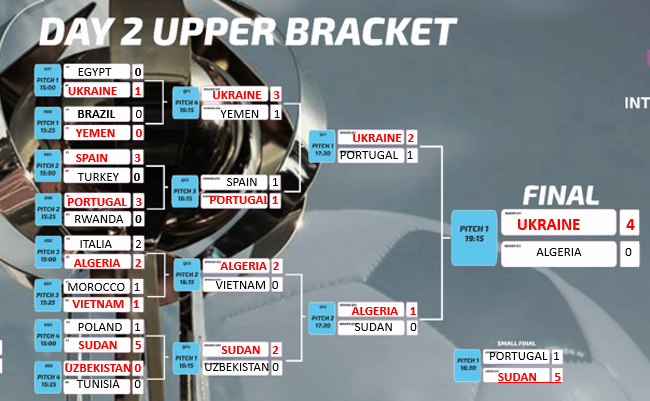 A very grateful to Marco Cillepi, the founder of Katowice Internationals Foundation, and the cofounders Greg Kandziora and Abadi Murshid that every year permit us to organise this special event in Katowice.
Another big thank you it’s for our sponsors, we can’t forget about them because every year support us for the event: Esaa Erasmus+ Student and Alumni Alliace, Save the dream, GaragErasmus, Com.It.Es Polonia, Bona Fides, KKM Biuro Rachunkowe, Capgemini, WiPjobs, Whyeurope, Jan Olbrycht, Sportowa Liga Firm, Sapore d’Italia, Argos Lubelscy i Wspólnicy, Wellcome home, Angolo Italiano, Newtechlab, SocialOwl, BaseCamp, Gazzetta Italia, Keywords studios.

It proper also to give special thanks to all volunteers that make possible the physical success of the event.

For more info and to stay up to date, visit our Facebook page! 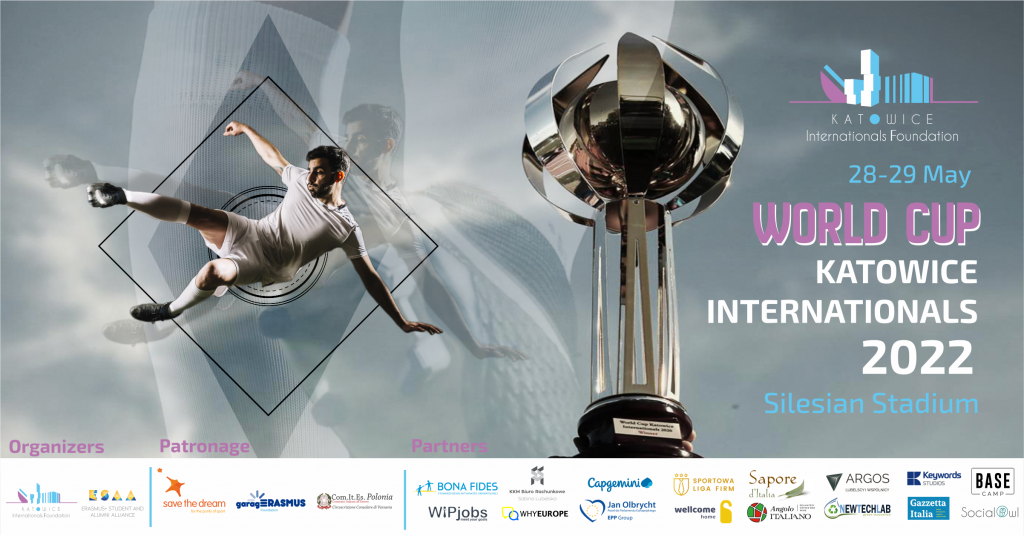